Global Perspectives on Education in Rio 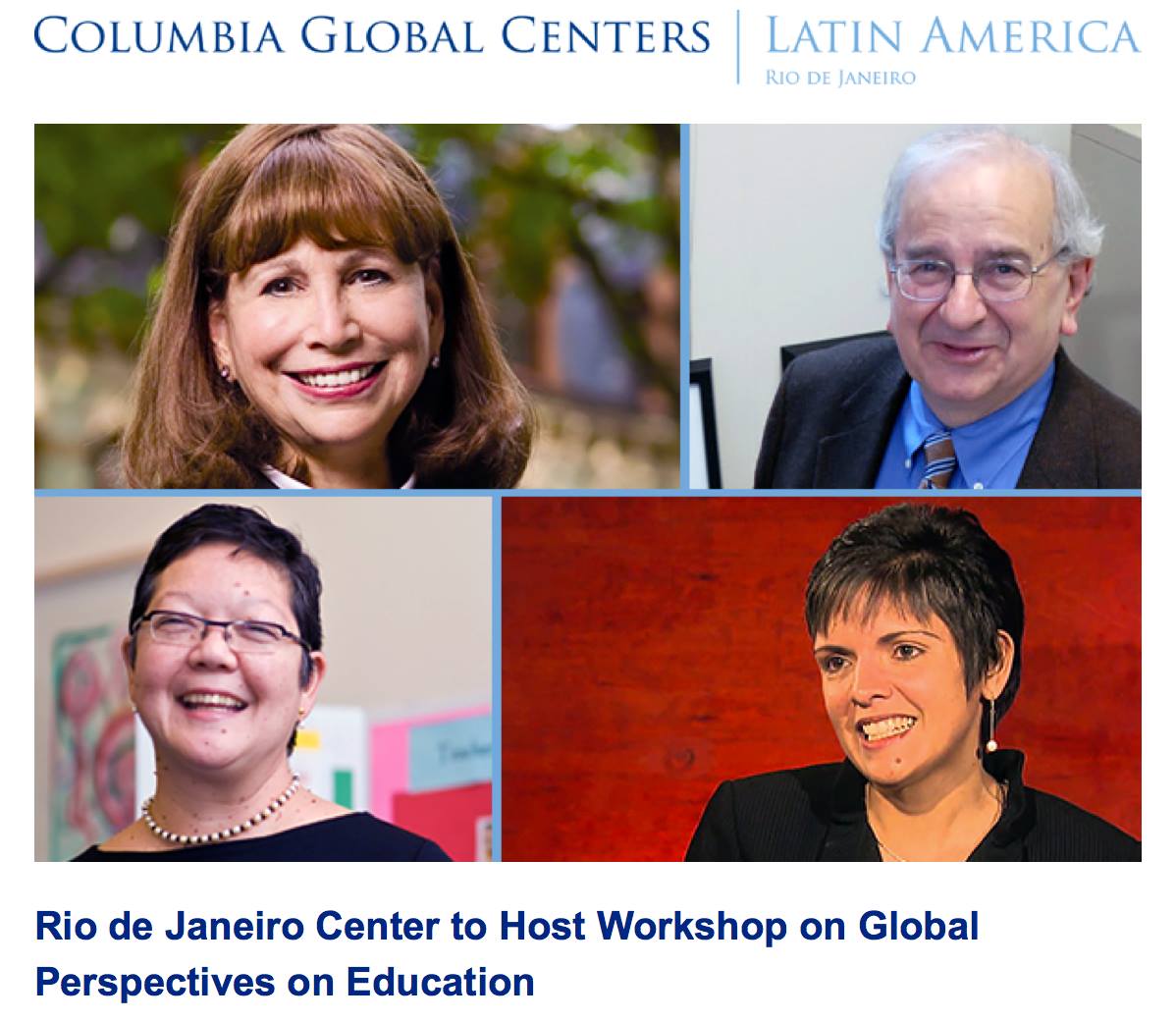 Susan Fuhrman is the tenth President of Teachers College, Columbia University, joining the College in August 2006. She is the founding Director and Chair of the Management Committee of the Consortium for Policy Research in Education (CPRE), and President of the National Academy of Education (to which she was first elected member in 2002, and of which she was named Secretary-Treasurer in 2005). She previously served as Dean of the University of Pennsylvania's Graduate School of Education, where she was the school's George and Diane Weiss Professor of Education. Dr. Fuhrman received her bachelor's and master's degrees in history from Northwestern University in Chicago, and a Ph.D. in political science and education from Teachers College, Columbia University.

President Fuhrman's research interests include state policy design, accountability, deregulation, and intergovernmental relationships. She has also conducted research on state education reform, state-local relationships, state differential treatment of districts, federalism in education, incentives and systemic reform, and legislatures and education policy. She leads and conducts research through the Consortium for Policy Research in Education (CPRE), which receives significant support from the U.S. Department of Education, the National Science Foundation and private funding sources.

Thomas J. Trebat is director of the Columbia Global Center | Latin America, located in Rio de Janeiro, Brazil. He joined Columbia after a lengthy career on Wall Street dedicated to economic research on Latin America. He formerly served as Executive Director of the Institute of Latin American Studies at Columbia University and of the Institute’s Center for Brazilian Studies. Prior to joining ILAS in February 2005, Tom was Managing Director and Head of the Latin America team in the Economic and Market Analysis department of Citigroup. He joined Citicorp Securities in 1996 as the head of Emerging Market Research. Previously, he worked at Bankers Trust, the Ford Foundation, and Chemical Bank. As a senior international economist at Bankers Trust, he was involved in many aspects of country debt negotiations in Brazil, Chile, Mexico and elsewhere in Latin America during the 1980s. At the Ford Foundation, he served for four years as the regional director for Latin America and Caribbean Programs. At Chemical Bank, Tom organized and directed the emerging markets research group. Mr. Trebat has a PhD in economics from Vanderbilt University and remains active in teaching and publishing. He is also a member of the Council of Foreign Relations. His book, "Brazil's State-owned Enterprises: A Case Study of the State as Entrepreneur," was published by Cambridge University Press in 1983